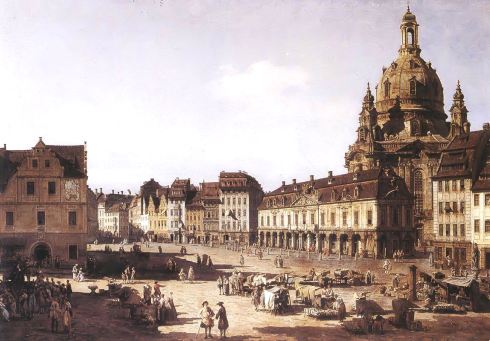 The history of the Dresdner Kreuzchor (Choir of the Church of the Holy Cross) spans well over seven hundred years. Founded as a Latin grammar school at the “capella sanctae crucis”, today known as the Kreuzkirche (Church of the Holy Cross), the choir has been instrumental in preserving to the present day the medieval tradition of choral liturgy sung by boys’ choirs. Being the oldest artistic institution still to be funded by the city, the choir is an essential part of the city’s identity.

Performing the musica sacra during church services and vespers held at the Kreuzkirche in Dresden is the choir’s original duty, and at the same time it constitutes the basis of its artistic work. The repertoire ranges from the early Baroque works of Heinrich Schuetz through Johann Sebastian Bach and the choir music of the 19th century through to modern works.

Arising out of liturgical tradition and firmly rooted in it, the Dresdner Kreuzchor is one of the few choirs which have become an integral part of the national and international concert scene. Concert tours have taken the choir well beyond the confines of Germany and Europe to locations in Japan and Korea, Israel, Canada, Latin America, and the United States. Renowned opera houses sign on Crucians as soloists, and the choir is regularly engaged for

The Dresdner Kreuzchor has produced recordings for prominent record companies for more than 60 years, having recorded works from nearly all epochs of musical history since then. These recordings are available today on CD from Berlin Classics, Capriccio, and Deutsche Grammophon.

To the present day the office of the Kreuzkantor (Head of Music) has been one of the most honourable and prestigious offices of Protestant church music. Since 1997, Roderich Kreile has been 28th Kreuzkantor since the Reformation.

Kreile was born in 1956 and studied church music and choir direction in Munich. He rapidly accquired more than local acclaim as a church musician. He taught at the University of Music in Munich from 1989 to 1996, finally as a full professor, and directed two university choirs. In 1994 he additionally took over the direction of the Munich Philharmonic Choir. As an organist and lecturer, he has accepted invitations from both within and outside Germany.

Kreuzkantor Roderich Kreile conducts all of the Kreuzchor’s performances of church music as well as its concerts and tours. At the same time, he and the Crucians are developing a broad repertoire of sacred and secular choral works of musical history. In recent years he has premiered many compositions. He has also intensified cooperation with renowned orchestras and produced numerous radio performances and CD recordings.

While in previous centuries the tasks of the Head of Music focused to a large extent on conducting music for the church liturgy, the array of tasks today extends considerably beyond the purely liturgical. As the Head of Music of the Dresdner Kreuzchor, Roderich Kreile also has responsibilities as municipal artistic director. 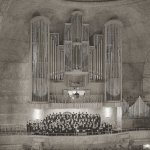 The Protestant Cantors of the Dresdner Kreuzchor

Since the beginning of the Reformation, 28 Cantors have directed the Dresdner Kreuzchor.

Today the Dresdner Kreuzchor consists of nearly 150 Crucians aged between 9 and 19. At the beginning of each school year, up to 24 boys are admitted to the 4th grade.

Until their Abitur, all of the boys receive their school education at the Evangelisches Kreuzgymnasium (Protestant Evangelical School of the Holy Cross). Following Abitur on completion of grade 12, the Crucians’ membership in the Kreuzchor is at an end. In between is a wonderful, very often stressful time marked by the concerts and performances of the choir, by the responsibility and dedication of each and every member of the choir, by the time spent at school together, and by personal friendships.

Most Crucians live in the Alumnat, the choir’s residence.